Do you remember Clippy? If the answer is no, please go away!

This is a component for Blazor WebAssembly and Blazor Server. The component is built with .NET6.

Clippy is an Office assistant that helped users when they were using any of the Microsoft Office applications. Clippy's role was to communicate with users and give corresponding actions. The original name was Clippit, but it was later nicknamed "Clippy".

The name came as a result of its resemblance to a paperclip. It was one of the notable assistants that helped users when using any MS applications. Unfortunately, Clippy got some negative feedback from certain users that led to its removal in later Microsoft Office applications versions.

Clippy is a paperclip that was created by Kevan J. Atterberry. It was made to create a social interface to make it easier for people to understand the computer.

Generally, the idea behind Clippy was to assist users in understanding how to use the operating system. Thereby, users could access certain features on Microsoft programs and applications quickly.

The Clippy used a series of Bayesian algorithms to determine the users' needs. In a big way, it also helped in typing cues, autoformat, and other features. However, people later complained that it was intrusive ad annoying, which led to its removal.

In your Blazor project, add the Clippy package from Nuget. In the Import.razor add the reference to the package

Then, you have to add the Clippy service to your project. In your Program.cs, add the following line

Now, you have to add the CSS style and the scripts for Clippy. Go to your index.html under wwwroot. In the HEAD section, add the folloing line

Then, at the bottom of the page before closing the tag BODY add the following scripts:

If your application doesn't have jQuery, you have to add this line

To use Clippy in a Razor page, inject ClippyService in the page adding this code in the @code section

or at the top of the page

Now, you can use clippy service in the page. To load an agent, use this code

agentName is one of the following from the enum AgentName 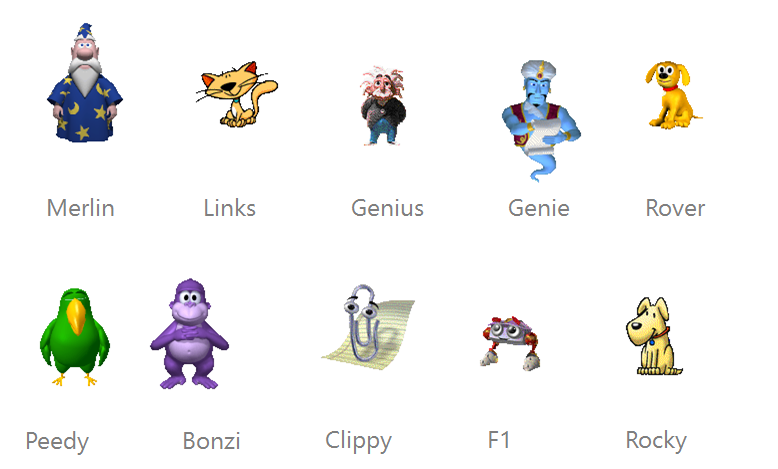 The demo application shows all the functionalities offer from the component. Select an agent from the list and then click Load. 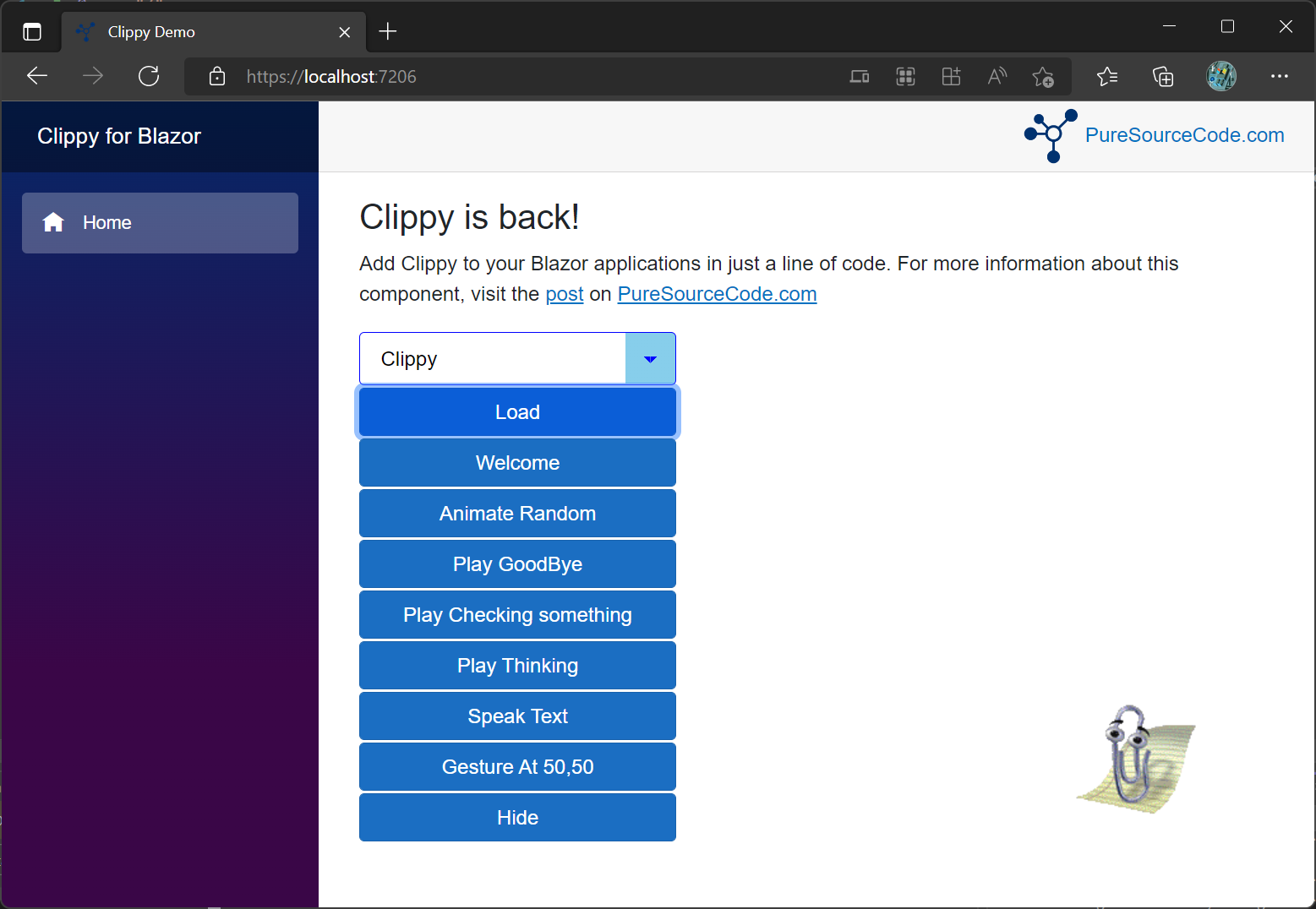 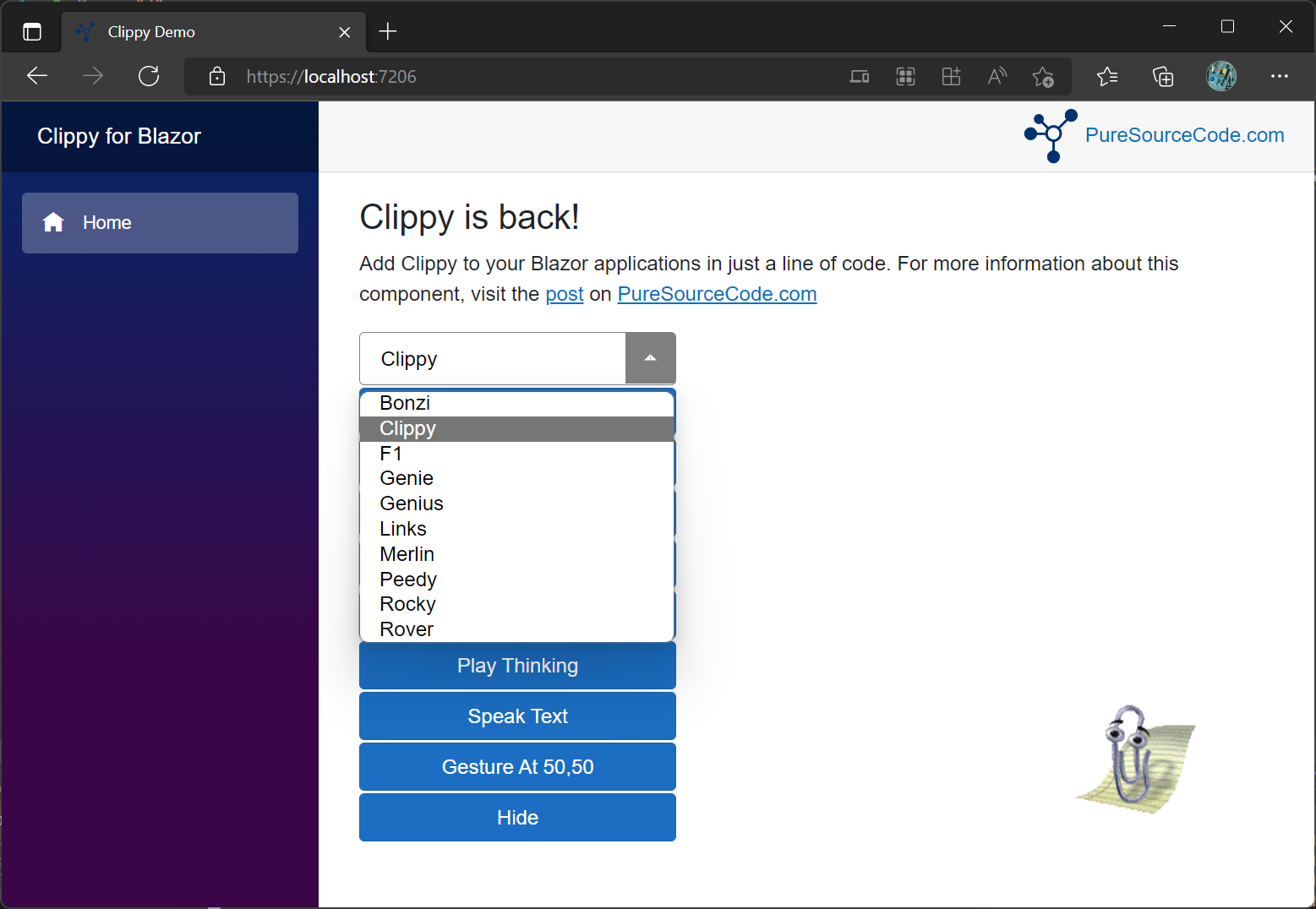 This package is not used by any NuGet packages.

This package is not used by any popular GitHub repositories.